WE OWN THIS CITY (Filming)

Role: TBA
IMDB ● News ● Photos
We Own the City is set in Baltimore 2015. Riots are erupting across the city as citizens demand justice for Freddie Gray, a 25-year-old Black man who has died under suspicious circumstances while in police custody.

Role: Detective Daniel Ciello
IMDB ● News ● Photos
A New York City narcotics detective reluctantly agrees to cooperate with a special commission investigating police corruption, and soon realises he's in over his head, and nobody can be trusted.

Role: George Berger
IMDB ● News ● Photos
Claude Bukowski leaves the family ranch in Oklahoma for New York where he is rapidly embraced into the hippie group of youngsters led by Berger, yet he's already been drafted. He soon falls in love with Sheila Franklin, a rich girl but still a rebel inside.

Welcome to aerodynamic :: TREAT WILLIAMS ONLINE @ treatwilliams.org a site dedicated to actor/director/producer/author and avid aviator Treat Williams. Best known for his breakout performance as the draft-card-burning hippie George Berger in the Milos Forman film Hair, and for his heart-warming four years as the transplanted neurosurgeon Dr. Andy Brown on the WB series Everwood. Currently starring on the Hallmark Chennel's Chesapeake Shores, Treat has starred in many films and television shows. Included: Chicago Fire, White Collar, Brothers & Sisters, Against The Wall, Heartland, Law & Order: Special Victims Unit, Howl, Prince of the City, 1941, Pursuit of DB Cooper, Deep Rising, Mulholland Falls, A Streetcar Named Desire, Once Upon A Time In America, Why Would I Lie, and many more. Treat is also an accomplished pilot and has written a children's book about his joy of flying. This site has a strict NO CANDIDS POLICY. To read that please click the linkcandids policy.

I’ve finally completed Treat’s role as Col. Stephen Glen from the NBC series AMERICAN ODYSSEY. The show aired for one season in 2015 and was sadly not picked up. Treat was not a nice man in this. He took part in a coverup and played one of the many bad dudes he’s quite good at playing. To get to the album for the series, please click on the title screen below. 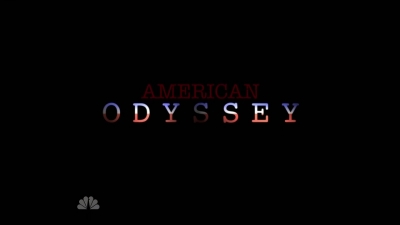 I know I’m behind in Treat’s episodes of AMERICAN ODYSSEY, and I’m sincerely sorry. My mom died May 16 and I’ve had a ton of things to do to settle her estate. Considering the finale is coming up in two weeks, I’m going to wait till I have the next two episodes done and post them all at once. Thank you for understanding.

My apologies for now having these up before now, however, I’ve been having some personal issues that have made it impossible for me to get these updates up. My 91 year-old mother has had to be admitted to the hospital and my attentions have been toward her. I hope you’ll understand. Anyway, I have Treat’s last three AMERICAN ODYSSEY episodes for you. Still not enough of Col. Glen for my liking, but when he’s on Treat makes a huge impact. I’m loving this show explicitly for it’s daring to go where other network shows won’t. This whole arc with Odell (Anna Friel) is somewhat reminiscent of the story of American Jessica Lynch, a private in the army who was supposedly taken prisoner by the Iraqis back in the early phase of Operation Iraqi Freedom. The controversy was over the fact that the story turned out to be largely untrue of Lynch’s imprisonment. But this show is giving us a somewhat daring view of the ability of the government to cover up unpleasant events. 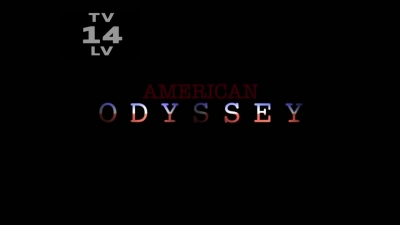 Here are the screencaps from tonight’s thrilling episode of AMERICAN ODYSSEY. Treat had a really good scene as Col. Glen where he got a little testy with the young Jake Robinson (Harrison Walters). It seemed to me tonight the plot was ratcheted up a few notches. We get a little bit more of Treat in next week’s promo included below. Enjoy.

TREAT WILLIAMS ONLINE @ treatwilliams.org is a gossip and candids free zone. This site also does NOT post pictures of Treat in his private life, nor any photos of him in what should be considered his family time. We are a 100% paparazzi free zone. We will not post information that would be considered as rumours, or speculate on his life. Please respect Treat’s wish for privacy. For information on what is considered post-worthy, please read this site’s CANDIDS POLICY.

TREAT WILLIAMS ONLINE @ treatwilliams.org is a website dedicated to the work of American actor Treat Williams. I am in no way affiliated with his person, his management, nor his family. All content, except otherwise noted, is copyrighted to their original owners and no infringement is intended and no rights implied. Content contained within are subject to fair use and used here either in whole or in part as a commentary on the work and career of Treat Williams.

Latest Uploads
Photo Archive Hosting over 16,958 photos!
AERODYNAMIC ~ TREAT WILLIAMS ONLINE @ treatwilliams.org is a website dedicated to the work of American actor Treat Williams. I am in no way affiliated with his person, his management, nor his family. All content, except otherwise noted, is copyrighted to their original owners and no infringement is intended and no rights implied. Content contained within are subject to fair use and used here either in whole or in part as a commentary on the work and career of Treat Williams.